John Canton (1718 -1772) was a very well known natural philosopher (we would say scientist) and mathematician in his day, who has been forgotten, unlike contemporaries such as John Smeaton (Eddystone lighthouse) and John Harrison (Marine chronometer).

He came from humble beginnings – the son of a weaver, born in Middle St Stroud, his schooling at the Old Town Hall ended when he was nine. However he studied astronomy and mathematics, designed and carved a sundial, and calculated the latitude of Stroud – all before he was 17 and was taken to London.

Canton studied static electricity and lightning, luminescence, made artificial magnets, predicted lunar eclipses and proved the compressibility of water. He won the Copley Medal for outstanding scientific achievement twice and was awarded a degree from Aberdeen University. During this time he was also working as a school master.

Stroud should remember this eminent scientist

Barry Harrison researched the life and achievments of John Canton and his son has given us this information. 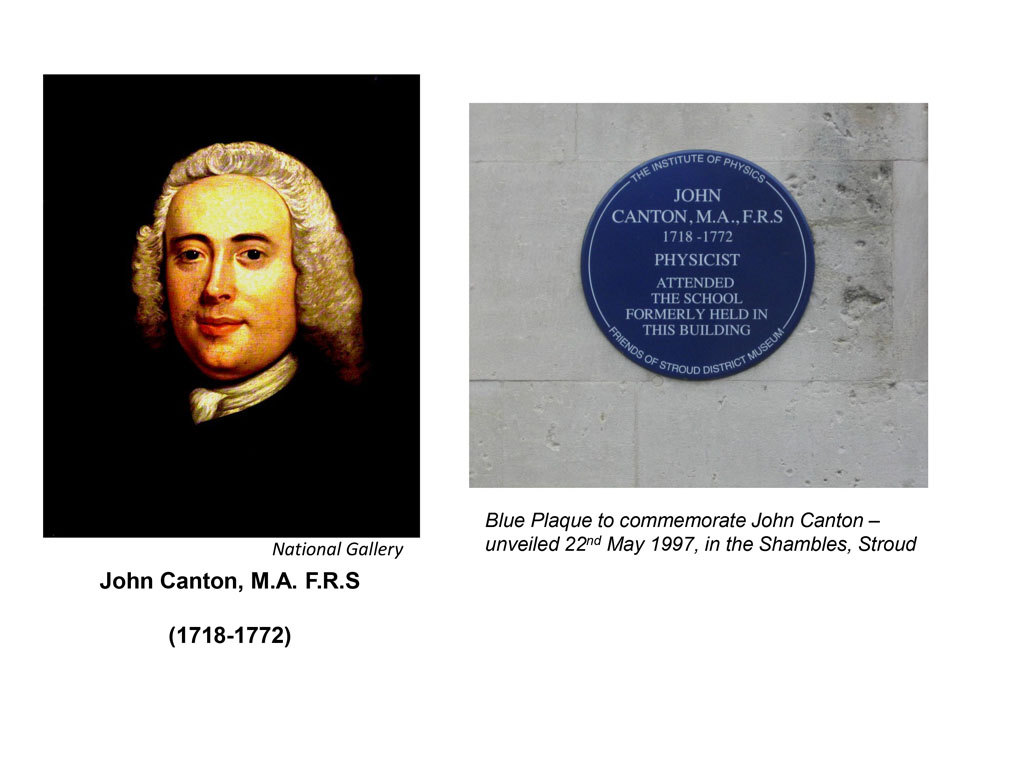 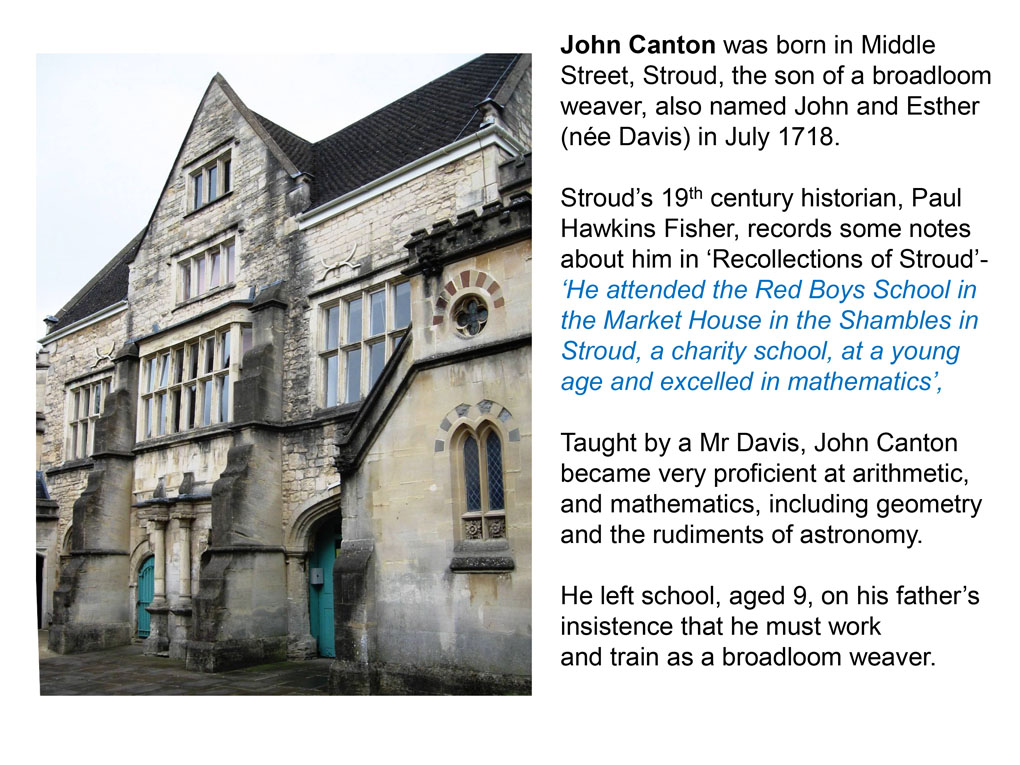 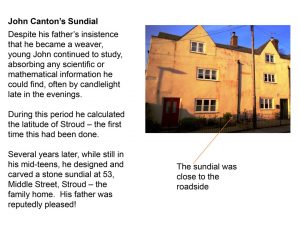 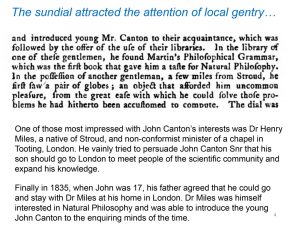 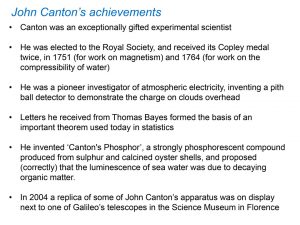 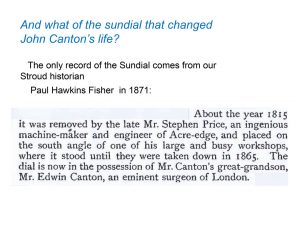