In March 2014 we were given access to an archive of old documents before they were deposited at the County Archives in Gloucestershire. You can view and download some of the papers, part of the 1904 Prospectus and the 1869-1900 Science class lists using this link to our  cloud archive, where you will also find a full inventory of the papers and artefacts, and a separate list of the pages that we photographed.

The following brief history was supplied by Andrew May, Press and Community Relations, Filton Campus, South Gloucestershire and Stroud College, in Sept 2014

The origins of Stroud College date back to 1853 with the formation of the Stroud Mutual Improvement Society. This offered lectures and classes in a range of subjects to local people, in a former pub called the Golden Heart in King Street. In 1860 the Stroud School of Art was founded.  This also operated in a former pub, the Bedford Arms at 59 High Street, and offered classes in subjects like drawing and painting. In 1874, the two merged to form the Stroud School of Science and Art, which eventually became Stroud College.

By 1914 the College grew in subjects and student numbers. There was a strong emphasis on commercial subjects: shorthand, bookkeeping, typewriting, business methods, geography, and correspondence. The College also offered Engineering, building construction and maths. Reflecting the strong textile traditions of Stroud there was a Textile department with courses in weaving and designing, loom tuning, and a big emphasis on the manufacture of woollen yarns. The Art department offered painting and drawing, embroidery, woodcarving, jewellery making, and clay modelling.

In 1929 the Art section of Stroud Technical School became a separate institution with its own head with the revived title of Stroud School of Art, continuing to operate at Lansdown.

By 1954 the College, now called the Stroud & District Technical College had moved to new buildings in Stratford Road. Details of the opening ceremony in are on the wall in the Learning Centre. By 1964 Courses had expanded greatly and were organised in seven departments: Building; Commerce; Domestic Science; Engineering; Liberal Studies (‘O’ and ‘A’ levels); Science; and Textiles. The college no longer offered Art classes. Art classes remained at Lansdown under the Gloucestershire College of Art, which covered Stroud and Cheltenham.

In 1988 the college was re-named Stroud College. In 1990 Stroud College (re-) acquired the Lansdown building together with its art courses and staff. In the following year, 1991, the County Council established a new college in Cirencester, and as part of its facilities transferred to it the premises and courses that Stroud College had been offering in that town.

Found during 2014 search of Citizen archive

1936 Textile Training Centre and its history

From Lansdown Hall to The Craft School to Church St 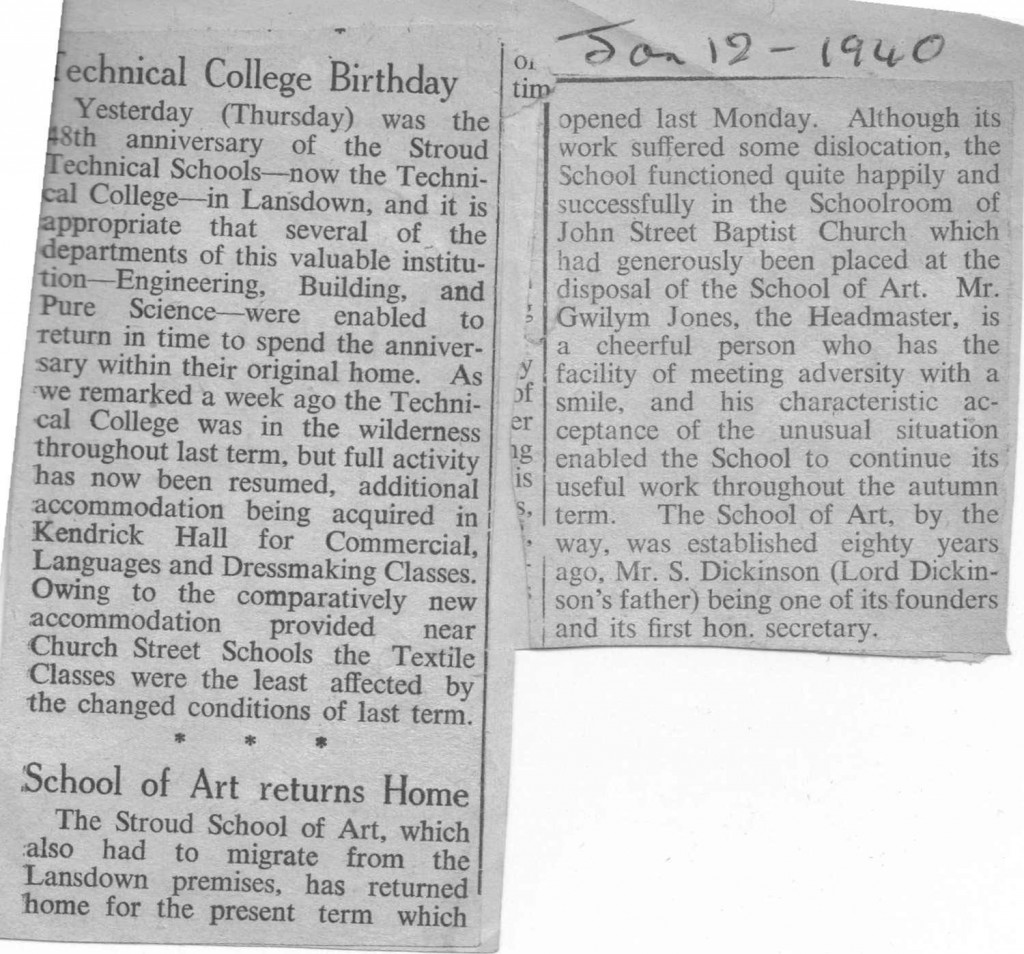 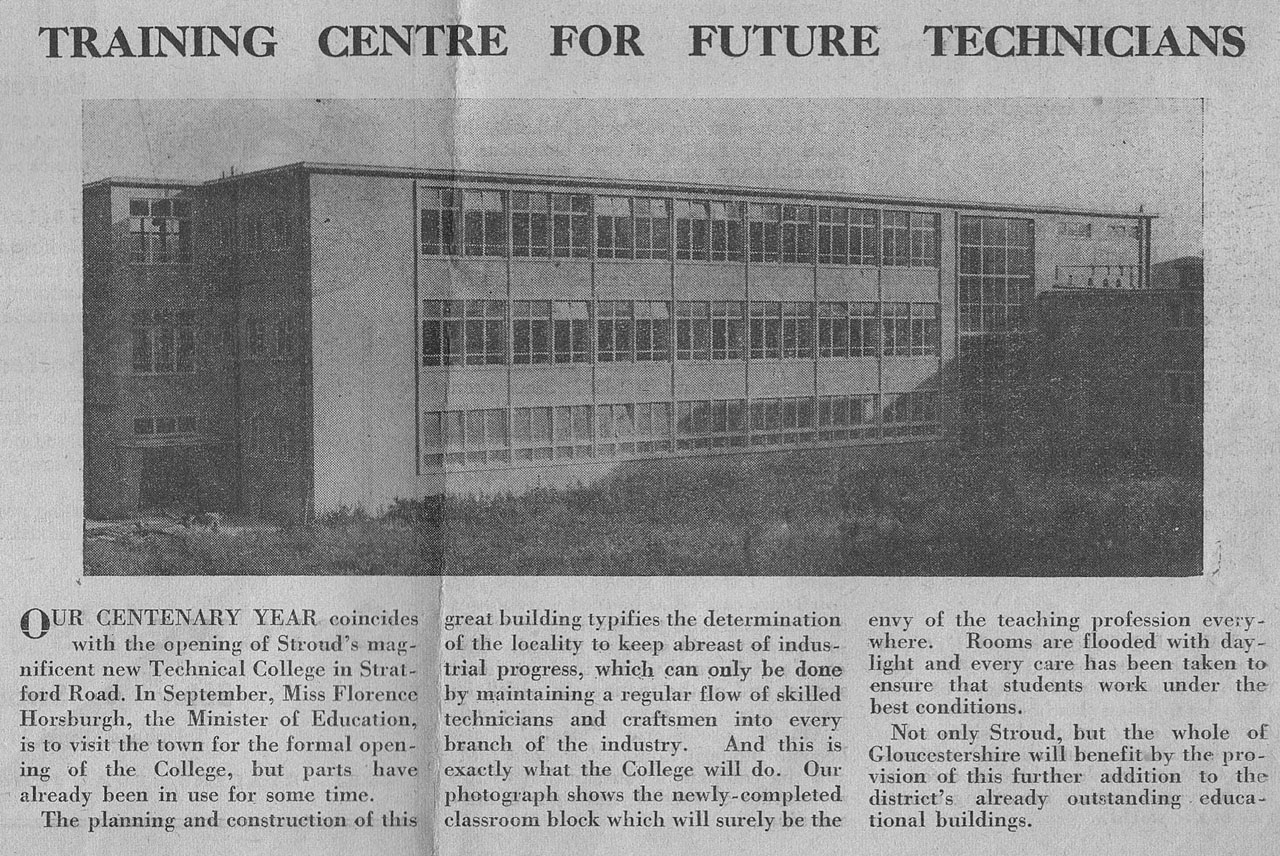 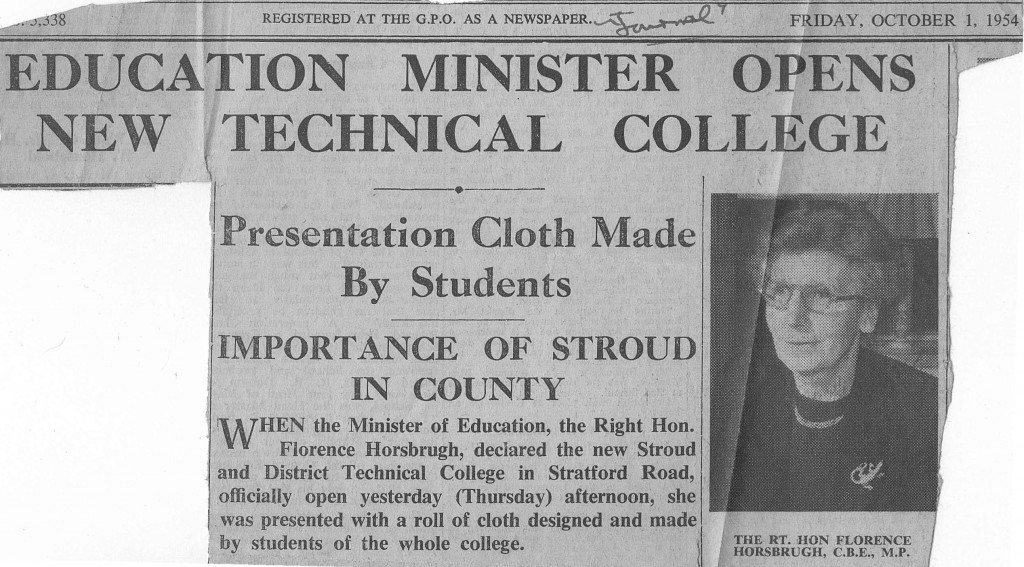 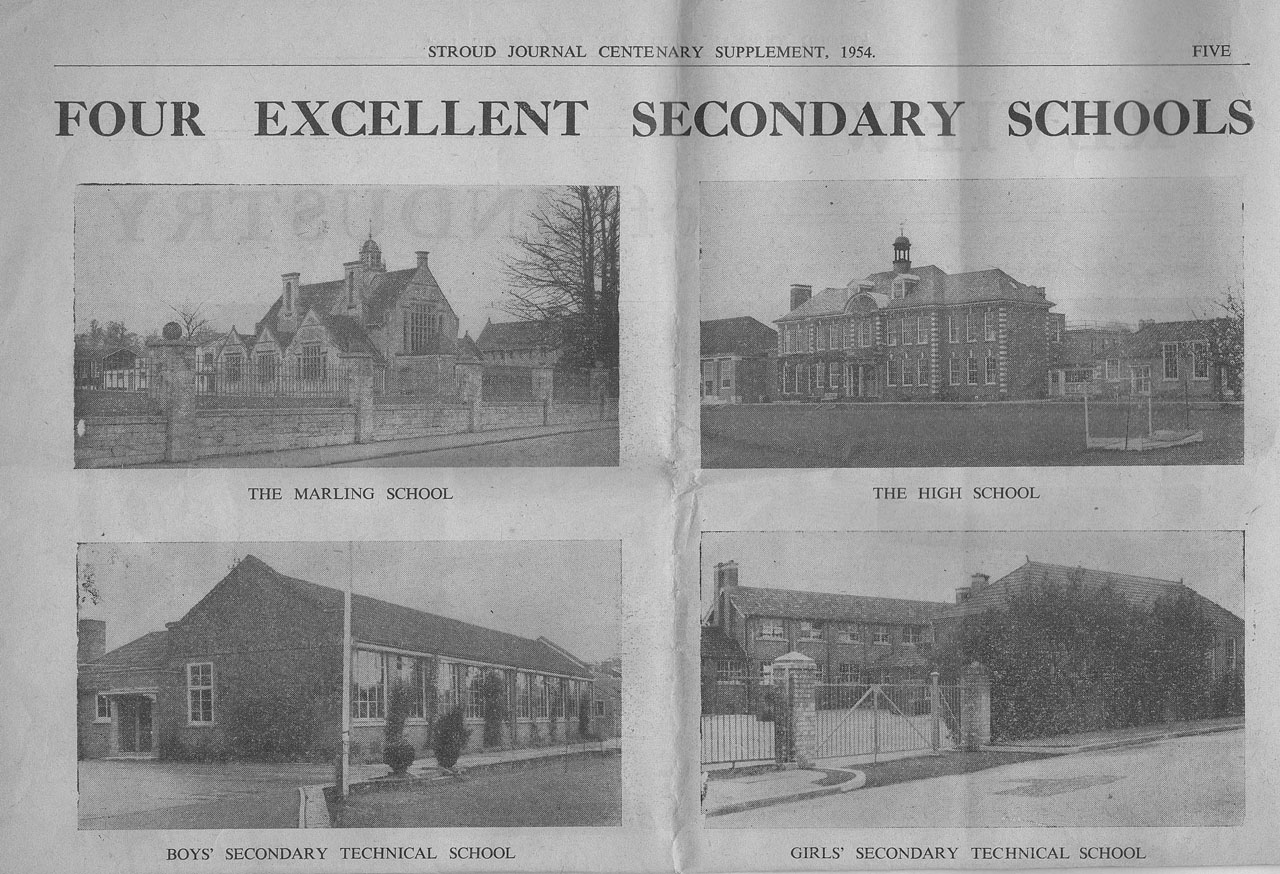 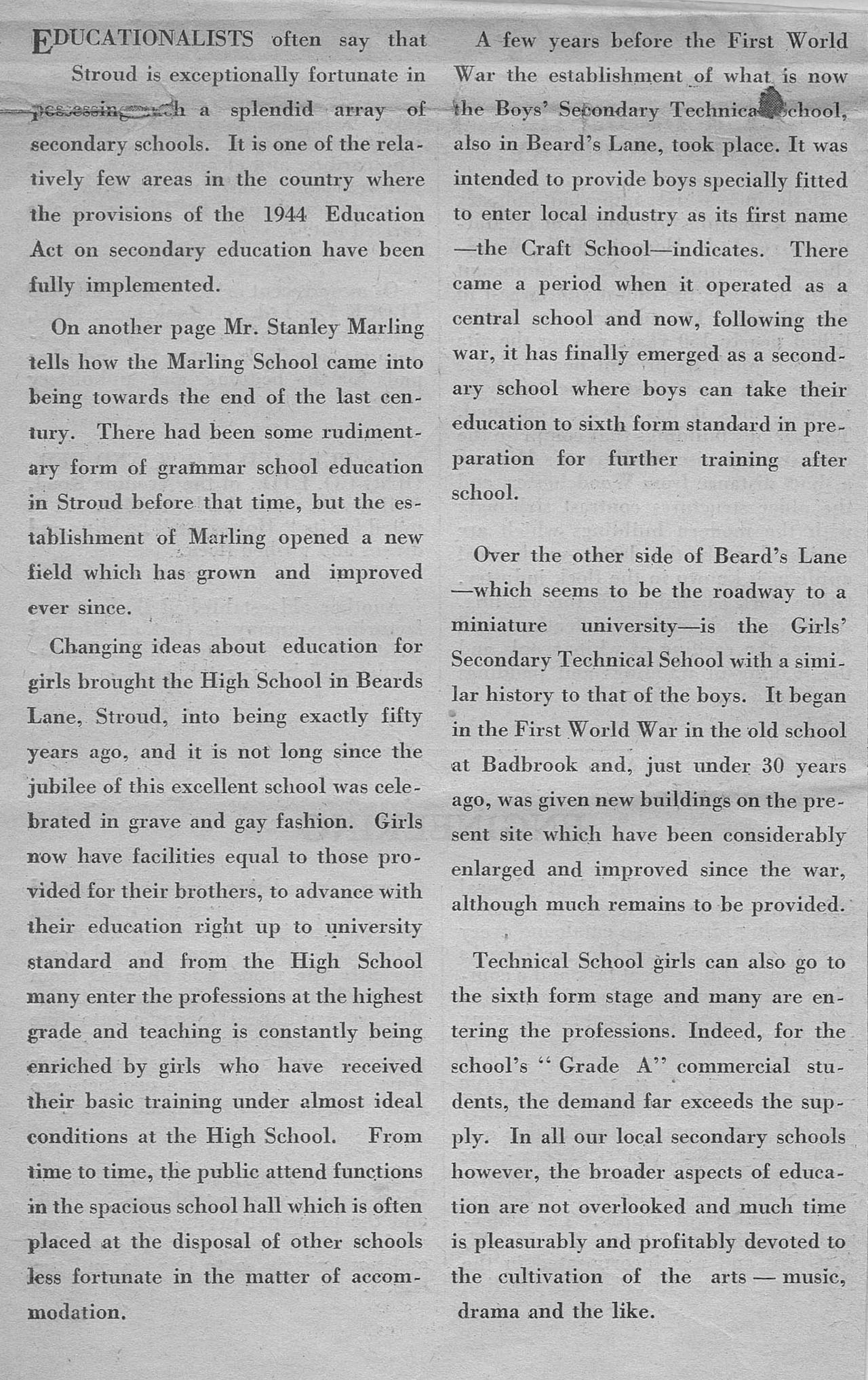 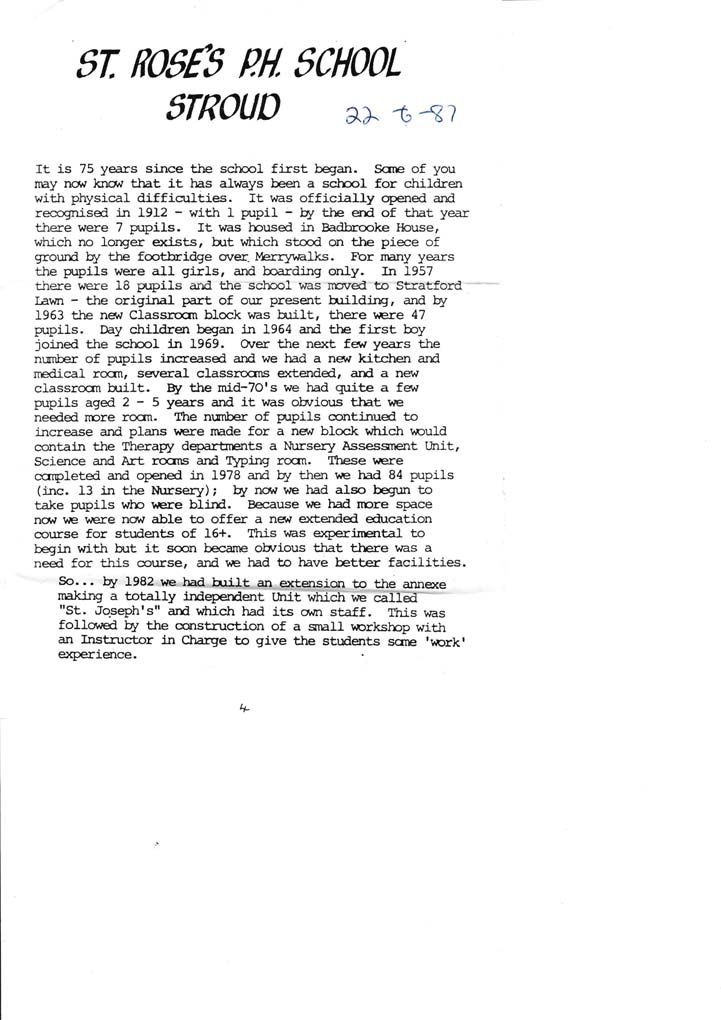 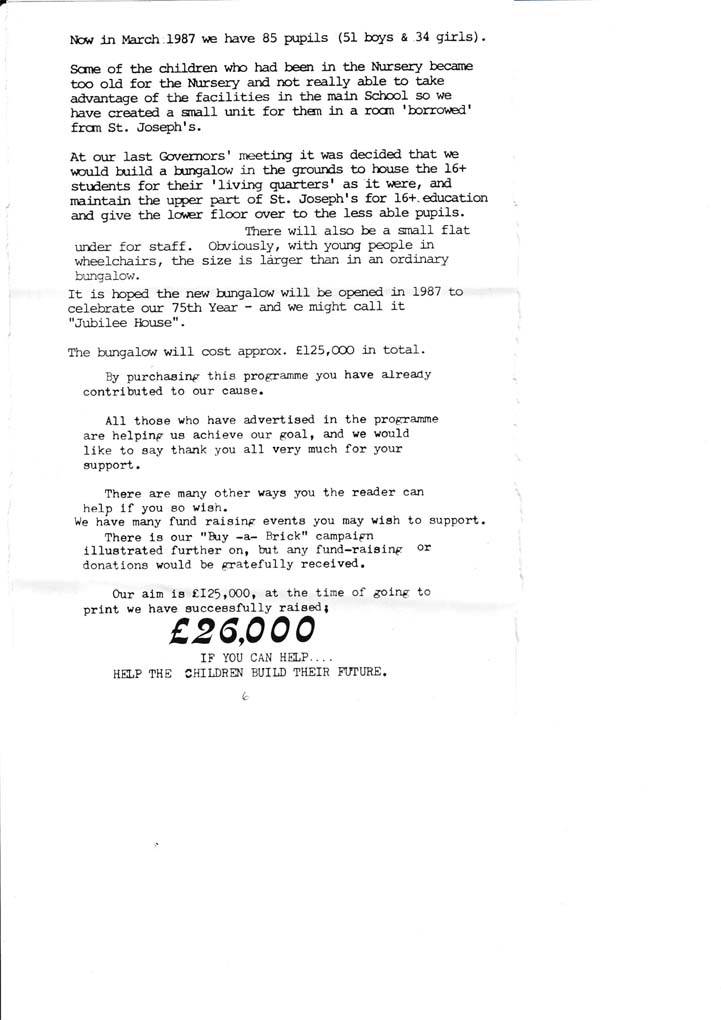