To increase the print size, use Ctrl and +

This review of Stroud is based on a slide-show Was it really 30 years ago..?, prepared for the Stroud Local History Society’s 30th Anniversary Exhibition, July 2014.

30 years of Stroud 1984 to 2014 is a reminder of some of the changes in Stroud during the past thirty years by Pauline Stevens and Marion Hearfield using the Citizen, Stroud Life and Stroud News and Journal cuttings archives and current photos.

Fine Fare in Merrywalks was fighting competition from the new Tesco in Quedgeley: In 1988/90 SHS and Marling became Grant-maintained, converting to Foundation Status in 1998/9.

The Cowle Museum’s industrial displays moved to Lansdown Hall in 1986. 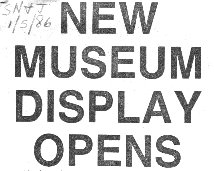 Then in 1993 they had to move again. They were expected to go to a new home at Stanley Mill but nothing happened. Much is still in storage.

The replica of Woodchester Roman pavement was on display at Stroud Sub Rooms – after that it needed a new home.

It took Bob and John Woodward 10 years to make the replica from 1.6 million tiny tesserae tiles.

In 2010 it was put on display at Prinknash Abbey, but still without a permanent home.
A Woodchester consortium failed to get the mosaic, and it was sold to an anonymous buyer for £75,000.

Does anyone know where it is now?

A new section of the canal opened in 2013 to go through a different arch of the viaduct and re-connect again.

As part of the bypass works, the LMS bridge over the canal was removed,

leaving a cul-de-sac behind the Bell Hotel

The Woodchester Mansion Trust was formed in 1989 to save this Grade 1 Listed building from dereliction, but it will never be completed.

Developers removed historic glass from the former Witcher menswear shop in The Shambles.

Only this window remains:

After a ‘modest’ extension, it became a County Inn hotel and Millers Kitchen pub and restaurant. 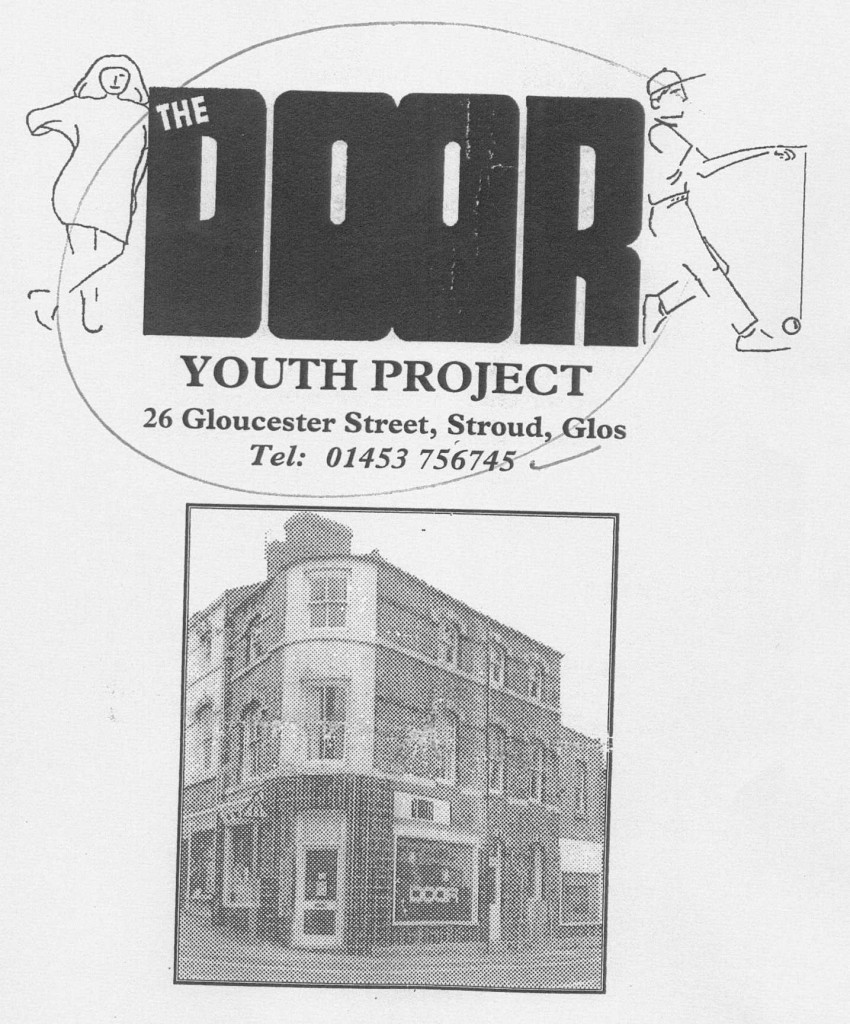 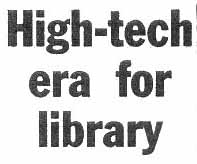 The Alpine Lodge had gone from wedding receptions to a hostel for the homeless, and was being reinvented as The Stratford

Alpine Court flats are there now.

150 people in cast for Stroud community play at Leisure Centre

The Register Office moved into part of the old school in 1995.
(In 1991 it had moved from Winterbottom’s solicitors in Rowcroft to London Rd)

Laurie Lee says supermarkets should have a bar “for husbands, to keep them out of mischief until their wives need the money” 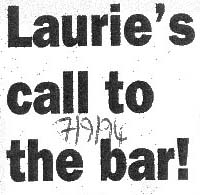 The wall is still there

Stroud – one of the most affluent areas of the country. ‘The town ranks among South East stock-broker belts like Mid Sussex.’

It was built on the site of Rowcroft House, where GP Dr Mould had lived.

Walkers The Bakers are in the same shop now

The first Farmers’ Market in 1999 had 11 stalls and was opened by Jasper Conran and Isabella Blow – now it has around 50 stalls per week.
It has won many awards, been seen on TV and even inspired a novel.

Previous markets at Cornhill had been a flop. The museum contains more than 5,000 objects, this is about 10% of the museum’s collection

A local campaign group saved the former clothing factory from the bulldozers, The Cotswold Players bought the former Methodist Chapel in 1951.

Greyhound Inn newly refurbished, but keeps (Grade II listed)Victorian gent’s lavatories
– which are mentioned on the History Board nearby.

New ‘bus station’ –it was supposed to be temporary 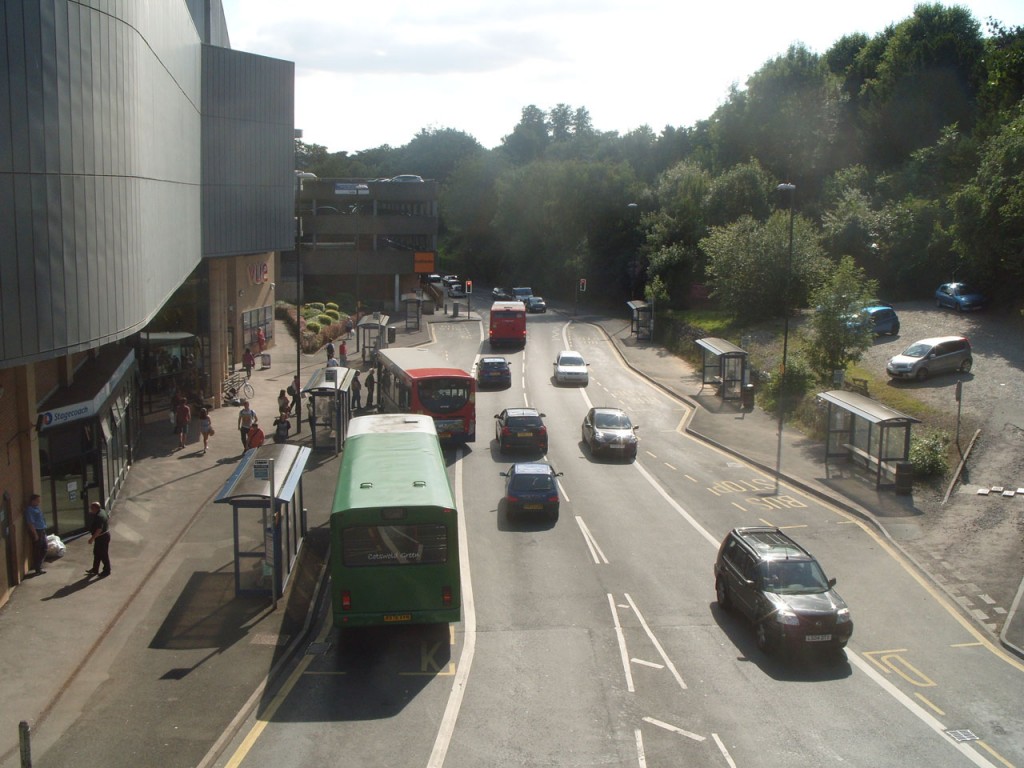 The Stroud 400 and 700 Quilts are now in the Old Town Hall, (photographs courtesy of Barry Harrison)

“A multi-million pound new shopping mall is set to open on the site of Stroud’s Cotswold Indoor Bowls Club in spring 2006.”

Cotswold Indoor Bowls Club moved to the Cope Chat playing field in 2004.
(Safeway was rejected when it wanted to build a supermarket there in 1989)
In 2014 the old building is still empty.

They started trading there in the 1870s:

“New cinema, and 16-lane 10-pin bowling alley, have been built on the site of the old bus station.

“The previous cinema in Stroud, the Gaumont Cinema in London Road, closed more than 30 years ago.”

It can be seen from the surrounding hills

The Slad Road dairy had closed in 1994. This is there now:

Stroud Maternity unit was saved (yet again) in 2006, but the ward at Weavers Croft closed

the decorative arch of Park Gardens was reinstated First, Slad Road was closed for months to solve that flooding problem: 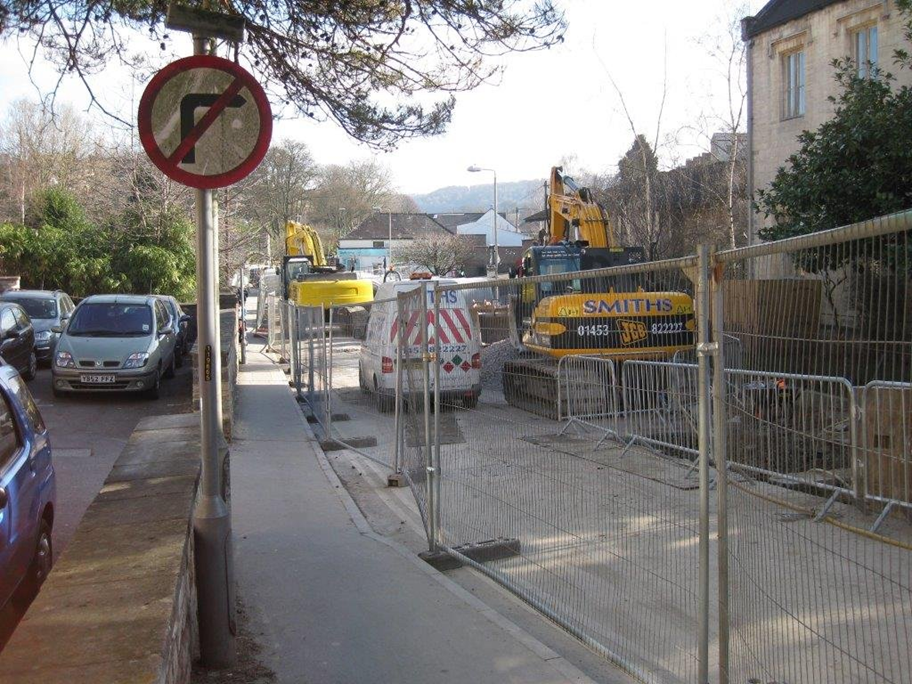 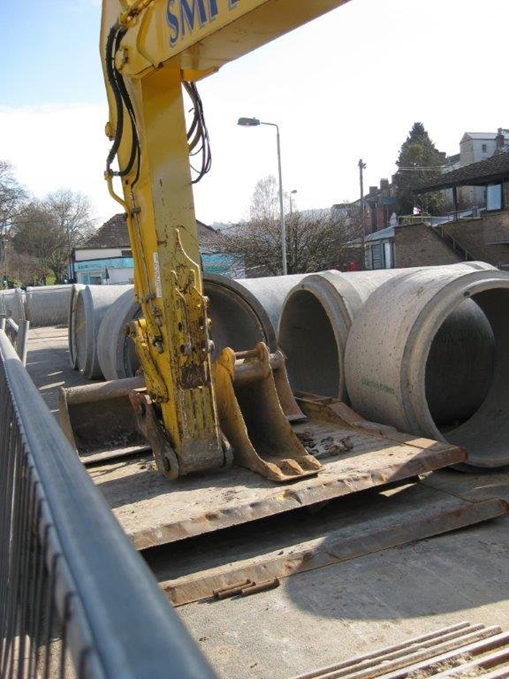 Then the A419 was closed in the centre of Stroud for many months, lifting the road for the canal to go under.

The Canal Trust Visitor Centre watched as a Bailey Bridge carried the diverted traffic up and over Wallbridge.

Lansdown Hall and Gallery hosted Lansdown-on-Sea – there were Punch and Judy, ice creams, deckchairs and beach balls and much more.

Stroud Town Council bought the hall in 2010 to save it from possible closure.
(Previously it was The Space). 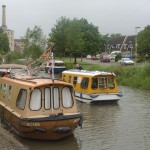 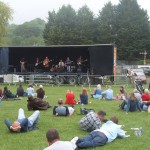 Last summer we were able to walk in the canal near Waitrose, before it was filled.       Link to Cotswold Canals Trust

And the arguments for and against the Incinerator continued ….

The headline in Stroud Life 1st July 2014, when we started to assemble this slide-show:

The new Neighbourhood Development Plan will influence and affect what happens next in Stroud town centre. Take part in the discussions! Join in. It’s your town, and one day all this will be history too.

What else has happened in Stroud during the last 30 years?

We welcome any comments or additions – please use the contact form

Pauline Stevens, a member of Stroud Local History Society, assembled this slideshow using cuttings from our local newspapers’ archives and some of her own photographs. We are also grateful for Tony Macer’s fascination with road works.

We would like to thank Gloucestershire Media, publishers of the Citizen, and Stroud Life, whose helpful staff cleared a space so Pauline could browse their cuttings archive – and also the editor of the Stroud News and Journal for her consent to use extracts from the microfilmed archive at Stroud Library.

Stroud Library’s microfilms go back to the 1850s, when the Stroud Journal was published, shortly followed by the Stroud News.

A research note from the SLHS digital archive added Aug 2014